Rude management. Hung up on me. Trying to charge outrageous cleaning fees when I left. The apartment was cleaned throughly before I left. Will not resolve dispute over the phone. Do not rent from them!

To The Management at JSM Apartments,
Each and every one of you should be ashamed. Your business practices are vulgar and the way you treat your tenants in 401 E Chalmers Champaign, IL 61820 is beyond repulsive.
But most of all, the sheer fact that you all bully, discriminate, and give prejudice is beyond disbelief. The fact that your desk workers are not familiar with Fair Housing Laws/ Act, the fact that none of the management or staff have any form of identification within the office, and the fact that your construction workers have no identification whatsoever, is unfathomably outrageous.
I am a tenant at 401 E Chalmers by JSM Management. Since I began living within this building, as a sublet, I’ve only been faced with challenges living in my assigned unit. Even before moving into my assigned unit, JSM always gave preference to the main tenant who was caucasian and female. The woman from whom I subleted from was able to set up an appointment without previous notification and when I was asked to sign a lease, or meet with a manager I was told I needed an appointment every single time and was denied my original request. Before and after I signed my lease, I asked JSM to request my subletor’s keys, in full and before I moved in, so that there would be a sense of accountability for that specific unit. Also, I’m pretty sure that most apartment managements in Champaign Urbana require that the main tenant, within their given units, turn in their keys before they can sublet or relet. Since I’ve been denied my request, I’ve become responsible for replacing the key fob and mail box for the unit I signed for.
I have signed for my unit space for roughly 3 months now though I can’t say that I’ve preoccupied my unit the entire time. Over the course of 3 months, my water has been shut off more than 10 times, my electricity 4 times, and my shower has been inoperable for 4 days now. Over the course of my water being shut off I was notified less than half the times it was shut off and the times I was notified, of my water being shut off, my notice was given to me less than 24 hours. Actually, every time I was even notified that my water was going to be shut off- it was never within a minimum of 24 hours of when the water was actually turned off. I was never told that my electricity/heating was going to be shut off but then again with the amount of construction going on within this building I don’t think it was intentional.
Within the last two-three days there have been construction workers within my unit and the adjacent suite next to mine in which we share a bathroom. It wouldn’t be an issue however construction on the other side of my apartment unit has begun anytime between 6am-12pm, 7 days a week within the last 3 months, and just yesterday those same construction workers began electrical work on my apartment, without my knowledge, shutting off my electricity, heat, and water for the majority of the day/ afternoon; my food was ruined and once again and $200 dollars worth of groceries were gone. There was also a middle aged woman, with braces, who randomly came into my apartment but only in the morning when I was fully undressed. That woman came into my unit several times however the construction was so loud I didn’t hear her entering regardless.
In the unit next to mine, I saw with the door wide open, that they had began ripping out the wall that separates our two units, taken out the furniture, ripped off the floors, and also had turned off the electricity, heat, and water in that unit as well. Regardless of the power drills, saws, and other electrical power tools they have been using, construction before 8am seems quite unreasonable. I understand that construction must be done within this building, however it can most definitely be done with respect to the tenants and without being called “China,” “Chink,” and or “A Group of Yellow Fucks” by JSM staff and or construction workers.
In a recorded conversation I had with one of their construction workers, they told me that they were converting my unit into a single unit with a private bath and that they had permission from JSM Management without giving me previous notification. Once again, it wouldn’t be an issue except for the fact that all of my belongings are still within that given unit I signed for 3 months ago. Now that they have begun construction, my floor is covered with dry wall/ concrete/ concrete dust and my clothes have become tainted from the construction.
Above all else, the fact of the matter still lies: I was never asked to move out of my unit nor was I ever told that if I didn’t move out of my unit construction would take place and that my heat, water, and electricity would be turned off.

If there was something below Poor, I would rate JSM with that. If you do not want a bad life, stay away from these blood sucking motherf**kers.The worst staff ever. And yes, the managerial lady, Marianne Hartman Tichenor, if there was an award for worst cruelty to tenants, it would go to her.They say something, and do something. Apartments filled with bed bugs. They don't send pest control for 3 months.They tell to wash your clothes after pest treatment and give you in writing that they will pay for laundry and they wont.They just want money. No replies from them. No care or respect shown towards tenants.Excuse me for the emotional and personal review, but JSM has been the worst experience of our lives. So please stay away from these scoundrels.

Property Manager is a pain to deal with. They will hang up on you and are extremely rude on the phone. There typical response is usually based on non-factual information.

I rented from fall 10 through summer 11.

The JSM management is a group of extremely rude and inconsiderate people. They know nothing about what it is like to be a college student. They do not compensate to the needs of their residents and provide false and inconsistent information. One of my good friends recently had an experience with JSM that changed my opinion of their business forever. Not only will I never purchase an appartment from this company, I have informed all of my close friends and family of the incident, whom have also spread the word and refuse to offer their business to the company. I advise everyone to do the same. Do not trust JSM. My friend is going as far as possibly suing the entire management for their illegal discrimination, false advertisement, and forceful physical contact towards their customers. There are plenty of other businesses around campus that will make your journey to an apartment a simple and plesant one (with much better options and prices might I add).

JSM apartments are all over campus, so if you want to stay in Champaign, or you want to stay in Urbana, you can. The places I have lived are quiet and nice. The price is right for what you get (apartments are that big, but are comfortable and not as expensive as other companies). The management is very helpful and (usually!) courteous. If you have a maintenance issue and call during the morning, in my experience someone will be there same day! There is pest control, which I really appreciate. A main issue I have is with parking...there aren't too many spots available and the ones that are are extremely pricey (but I guess that's normal).

University of Illinois Housing on Uloop.com

Apartments near University of Illinois on CollegeStudentApartments.com

University of Illinois Roommates on Roomsurf.com

Apartments Near University of Illinois 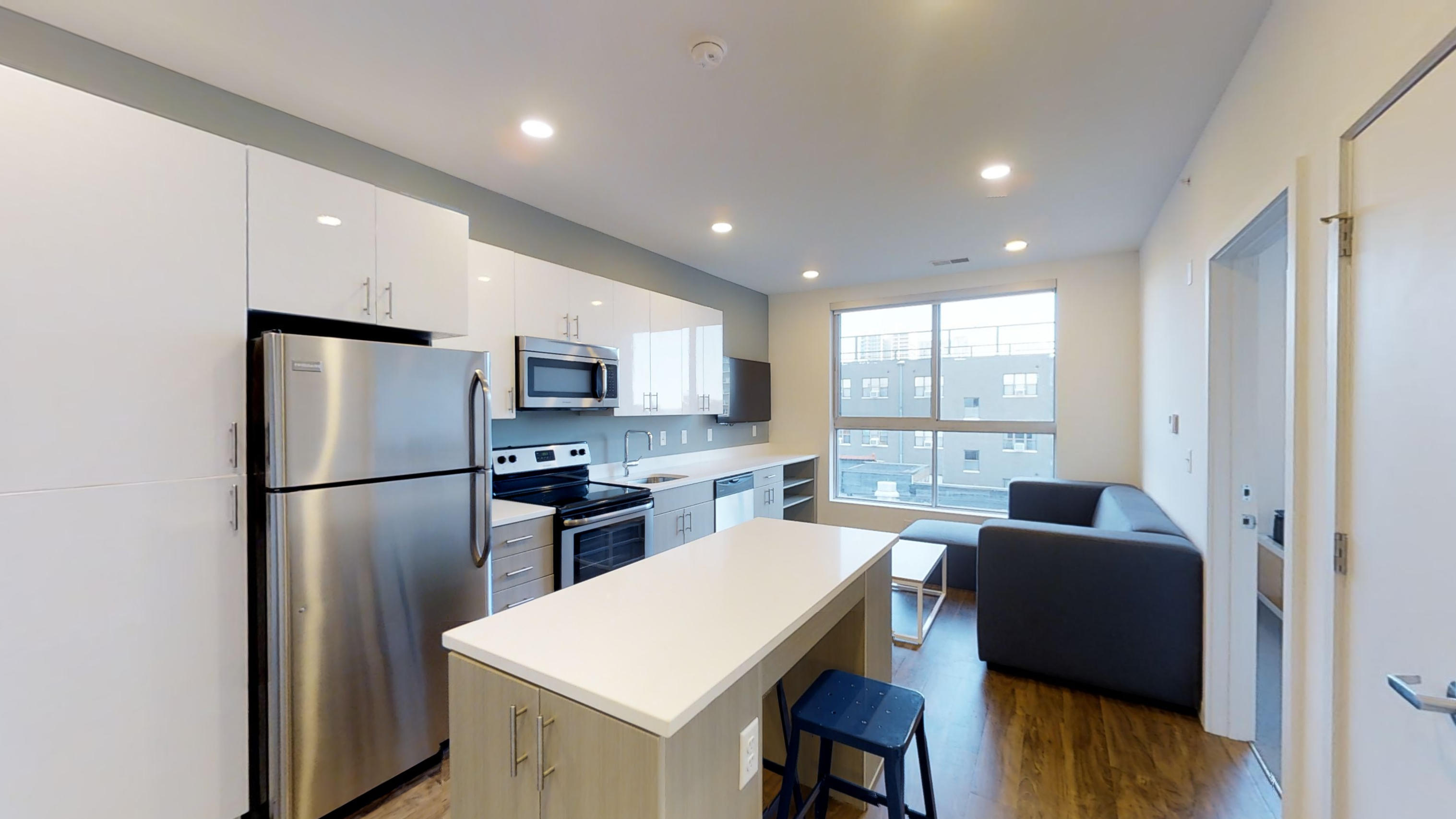 See all University of Illinois Apartments for Rent